The G20 Summit: What currency pairs to watch?

The G20 Summit will start tomorrow. Despite the fact that this is a huge event, it usually does not affect the Forex market significantly. However, this time the situation is different. Investors will pay huge attention to the meeting of US President Donald Trump and Chinese President Xi Jinping, where they are going to discuss trade issues. The meeting is expected on Saturday at 17:30 MT time.

On Thursday, the market appreciated the news that the US would not apply additional tariffs ahead of the meeting. After that, many analysts have begun to anticipate the positive outcome of the meeting. On the other hand, pessimists suggest that the negative outcome would lead to a new cold war between the US and China.

As the news from the summit will likely determine the risk sentiment in the market, we recommend you to keep an eye on the following currency pairs.

The pair has successfully stuck above the 50-day SMA on the daily chart. Such positive signs as the double bottom pattern and MACD moving close to the bullish zero crossover signal the continuation of the uptrend. At the moment of writing, AUD/USD has been testing the resistance at 0.7004. If the positive news from the trade negotiations table comes out, bulls will break the 0.7004 level and target the next resistance at 0.7061. The next level will lie close to the 200-day SMA at 0.7104. In the case of a negative scenario, we will see the fall to the 0.6961 level (50-day SMA). After the breakout, support will be found at 0.6898. The next support will be placed close to the May-June lows at 0.6861-0.6827.

Of course, the AUD/JPY pair will be one of the most traded ones these days due to the safe-haven status of the JPY. Here we can see the bullish divergence on the daily chart. The next resistance for the pair lies at 75.79. If this level is broken, the pair will rise as far as the 77.01 level is reached. If traders lack optimism over the Xi-Trump talks, the pair will fall below the 75 level to the 74.09. If it is broken, the next support will lie at 73.57. 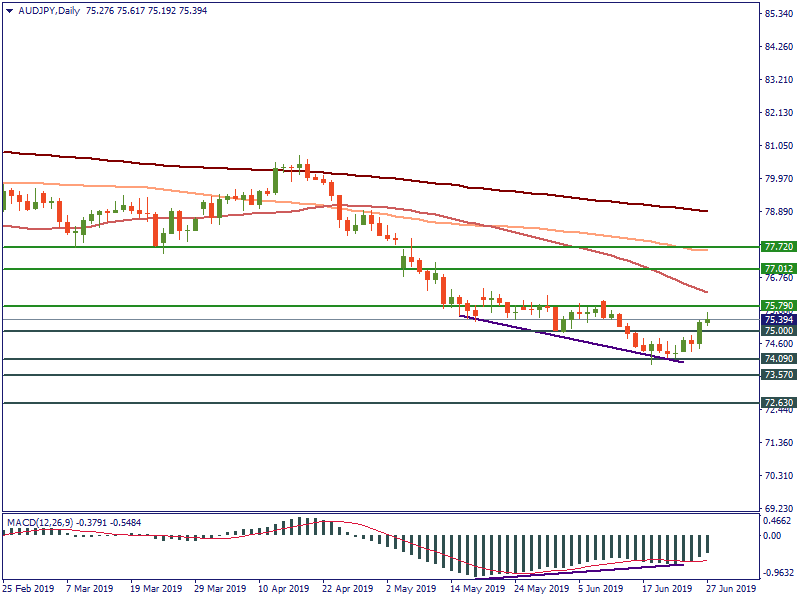 The USD has been appreciating against the Chinese yuan. On Thursday, it failed to rise above the resistance level at 6.8920. If the negotiations fail, it may weaken the Chinese currency. In this case, the current resistance level will be broken and the next resistance will lie at 6.9051. From the downside, we need to pay attention to the support levels at 6.8664 (the border of the ascending trendline) and 6.85. 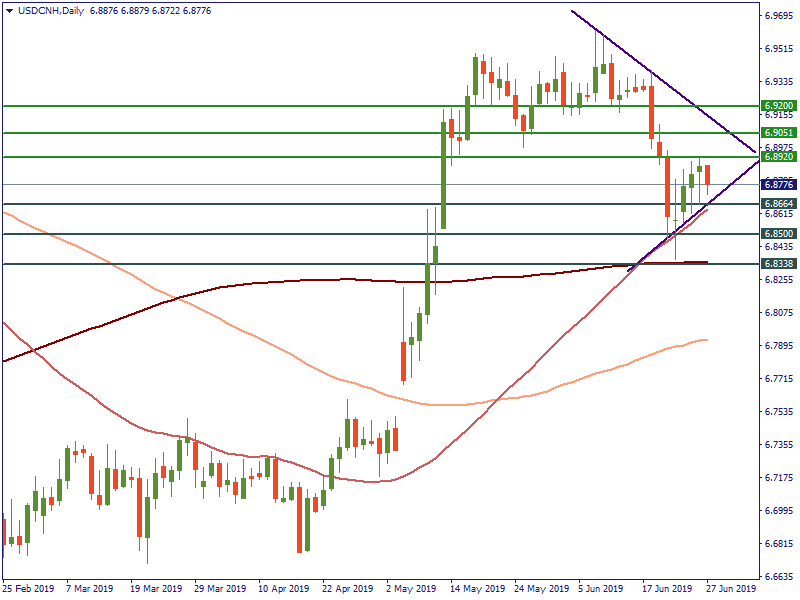 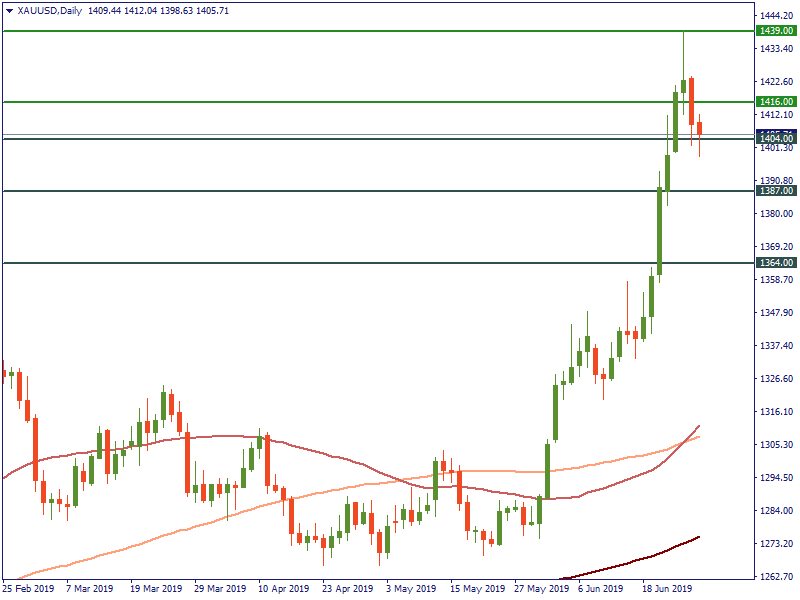