Europe is under pressure

Last week the European elections kept the euro traders very cautious. The risks that Eurosceptics would gain more votes than other parties weakened the European currency and the European stocks. Despite the prevalence of the pro-European parties, the situation did not become any brighter after the elections as a lot of factors put additional pressure on the Eurozone. As a result, the EUR retested the 1.1136 level on Wednesday and the DAX tested the levels below its April’s lows at 11,850.

What factors pull the EUR and the DAX down?

·        The uncertainties in trade tensions between the US and the EU keep circulating. This month the sides have made little progress in negotiations over auto tariffs. If the countries fail in the talks, both of the economies may suffer.

·        The slowdown in the manufacturing sector also weakens the currency and stocks. Last week, the flash manufacturing PMI of Germany – the biggest economy of the Eurozone - came out lower, than the expectations at 44.3 points. It weakened the euro and the stocks.

How the euro and the DAX react?

The EUR/USD pair has been testing the support at 1.1154. The next key level lies at 1.1048. If the euro is supported, bulls will try to push the pair higher to the resistance at 1.1212. The next resistance will be placed at 1.1253. Parabolic SAR shows the downward movement for the pair. 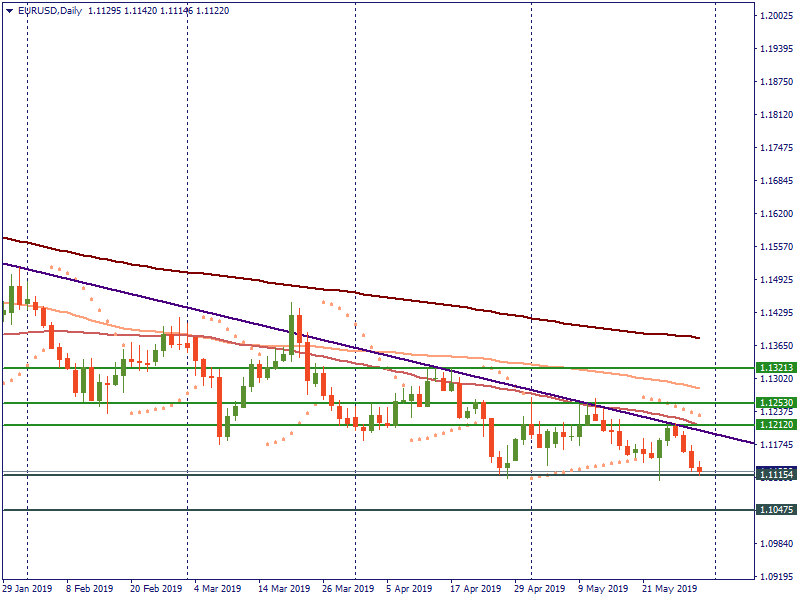 Now let’s consider the DAX index. The German stocks index jumped below the 11,867 level on Wednesday. At the moment of writing, it has been trying to recover. The first resistance is placed at 12,052. Strong bearish pressure may pull the index back below the support at 11,867. The next support is placed at 11,647. 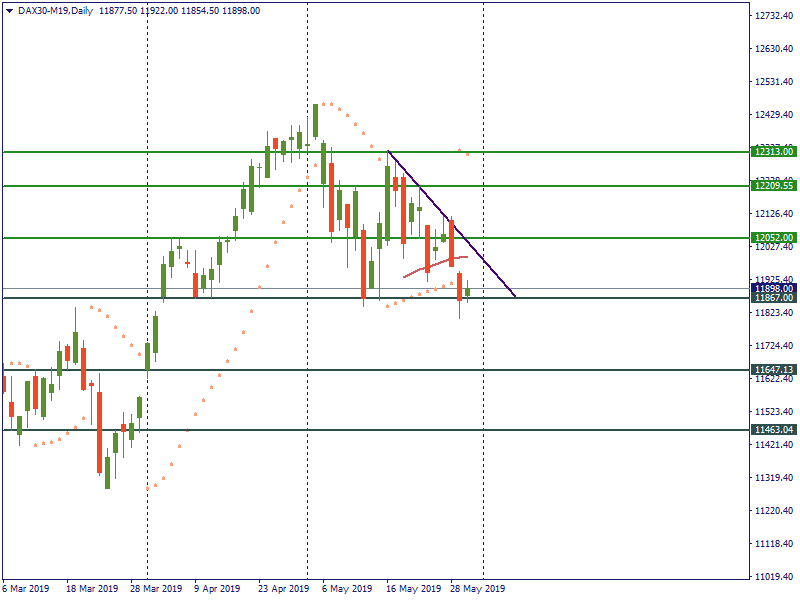 What may help the assets to recover?

The ECB monetary policy statement followed by the press conference of Mr. Draghi on June 6 may bring positive momentum to the euro and the stocks. If the ECB president provides hawkish comments, it will bring excitement to the bulls.